In 1910, 1st Wessex Field Ambulance opened a detachment at Teignmouth, a sea-side town about 14 miles from Exeter, and up to the opening of the First World War, the detachment slowly grew in numbers so that on embarkation for France, there was quite a number of Teignmouth men serving in the ranks of 24 Field Ambulance. James Pedrick was one of those men. 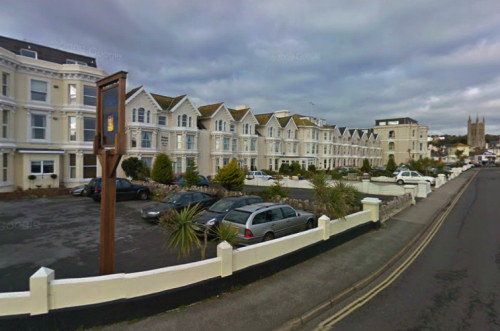 James was born in Teignmouth in 1894. His father, also James, was a Cabinet Maker who married Alice Cotton in 1893. They had 3 children, James being the eldest. His sister Cora was born 12 years later and the youngest, Nora, born in 1909. The family lived in the town but by 1903, had taken over a large Lodging House on the seafront, and James Snr gave up Cabinet Making to manage the business. His wife had previously worked in another Lodging House, first as a Servant, and then as the Manager and she is mentioned in the Trade Directories as being the proprietor. Seaside holidays were becoming very popular at the time and the Pedricks obviously saw the profit in running a Lodging House in a very good location. 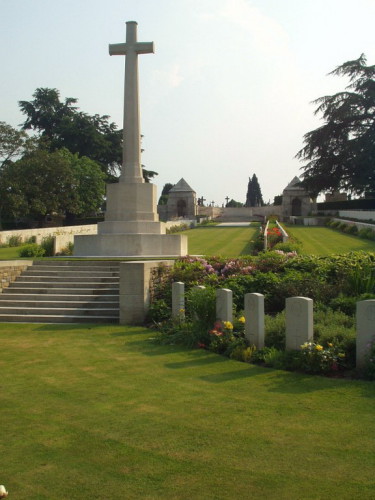 James went to school at  Hele's School, Exeter and later found a position as Assistant in an Ironmongers. He likely joined 1st Wessex just before the declaration of war, having the service number 1961, and was part of the unit that landed in France in 1914. On the 16th February 1915, his parents received notice that he was very ill and had been admitted to a Stationary Hospital. Working as a Nursing Orderly, he had been looking after a patient with Meningitis and contracted it himself. A day later after his parents received the news, he died. He was buried in the pretty Longuenesse Cemetery at St Omer, the town being a centre for several large Stationary Hospitals.

Soon after his death, his family moved away from Devon to settle in Ealing, Middlesex. His father died in 1930, his mother in 1953. Was it the loss of their only son that made them leave? We will never know. James Pedrick's name was added to the Teignmouth War Memorial, the Plaque in Exeter Cathedral, and also the War Memorial at Hele's School, now to bee found in St Peter's School, Exeter. It was unveiled in 1922 and bears 81 names from the First War with a further 71 names added after the Second War.